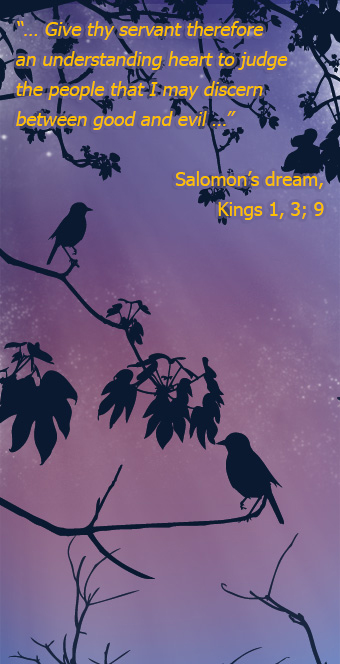 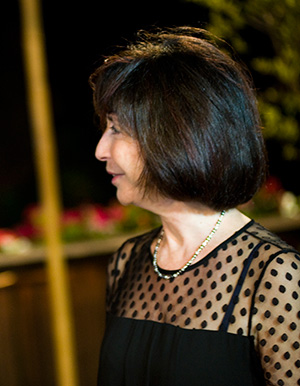 An accomplished musician, Shifra Lipsky-Sluchin studied violin and viola at the Rubin Academy of Music, Tel Aviv University where she obtained Bachelor and Master of Arts (Diploma Artist) with honors, while passing in the same time a Bachelor's degree in comparative literature followed by a doctoral thesis on therapeutic counseling.

His talent has been recognized by many orchestras, including the Israel Chamber Ensemble (directed by G. Bertini), the prestigious Israel Philharmonic Orchestra (directed by Z. Mehta), not to mention the famous “Orchester de Paris” ( dir. D. Barenboim). Passionate about chamber music and teaching, Shifra left the orchestra to found a string quartet in Paris and develop her own pedagogical approach. Shifra is currently a professor of violin, viola and chamber music in Paris. She is also, in parallel, the Music Director of EMuNa (Education, Music, Nature) which aims to build bridges between cultures, artists, styles of music, and even between spectators and musicians. His presentations are renowned for their originality and dynamism.

Meeting with an exceptional woman

1985 is the year of the decisive meeting between Shifra and fellow musician, Noa Blass. This exceptional “Twist of Fate” marked the beginning of a friendship that was both deep and intense - but also of partnership, sharing and spiritual guidance. Shifra was captivated by Noa's bright and exuberant personality. From then on she participated in most of Noa's seminars in Israel, France and Canada.

Noa held monthly intensive workshops at the “Cité Universitaire” in Paris. Shifra, initially a simple translator, slowly evolved to become Noa's student and disciple, even taking up the torch of her teaching, first under her auspices and then after her death in 2008.

It is Shifra who now directs the groups that Noa gathered in Paris a few years ago, as well as new groups. She also organizes workshops in Noa's studio in Tel Aviv, as well as a number of intensive 8-day seminars (during sessions for musicians) (at the magnificent Château de Val Richer, in Normandy, and at the Château de Ligure in Limoges) , at the psychiatric hospital of La Chesnaie in the Loire Valley, and wherever its activities arouse interest.

Shifra's wealth of knowledge in the field of psychology, coupled with her experience in music pedagogy, led her to seek a holistic approach to the study and practice of the violin. In this context, she came into contact with many students who presented so many complex psychological and technical challenges.

These musical case studies led Shifra to develop a special sensitivity, in order to detect and distinguish the source of the problem through the contact between his bow and the strings; in other words, by studying the way in which the musician produces and creates his own tone.

To find the solution of the problem, Shifra found that attracting the attention of the musician and guiding it towards the physical aspect of the sound and its production, while developing the degree of consciousness of the student and his attentive listening could gradually enrich his sensitivity, teaching him to make the connection with his inner self and in doing so, to create and recreate his own internal sound, real, in harmony with his human creative potential.

This discovery formed the basis of a new didactic approach that Shifra has developed over the years, and on which she wrote a thesis. It is in fact a kind of “Yoga of the Sound of the Violin” which allowed the pupil, by the contact between the bow and the string, to become familiar with the coordination between his breathing and the movements of his sound. bow, to focus in depth on the source of the sound that arises from the lower part of his body, and to practice intensive active listening.

By practicing these techniques, the student more easily connected with his hidden creative potential and rose to a new level of consciousness. In concrete terms, its sound was liberated, embellished, acquiring more presence and brilliance; the sound became richer, more nuanced, with more possible colors; he really enjoyed a better harmony with the student's body.

Shifra gradually abandoned this purely technical education, focused on classical competition, in favor of a more spiritualist pedagogy and an "interdisciplinary" approach, according to which "all roads lead to Rome" ...